Before the Spanish conquest

Everyone has heard of the Inca civilization. Long time before her, other civilizations
occupied the current Bolivian territory. Without going back to the exact origin of the
first inhabitants of the place, here is a partial list of those civilizations.

The Wankarinis lived north and northwest of Lake Poopó (now a vast expanse of salt) in circular houses with mud-brick walls covered with straw roofs. They lived from agriculture and cultivated potato and quinoa (plant family Chenopodiaceae like spinach or beet).

This is one of the most significant and oldest civilizations of South America. “It has managed to win for almost twenty-five centuries without any war, causing the accession of his subjects by the strength of his religion and spiritual proposals and by ensuring their material well-being” * (people never knew famine). She had a political and ideological organization highly evolved (collective work was required for maintenance of roads or the building of temples). The Tiahuanaco were outstanding builders (impressive megalithic complex of buildings) and also mastered pottery, silver work, gold and copper as well mathematics or astronomy. They worshiped the Sun God and Pachamama, Mother Earth and goddess of fertility. This civilization suddenly disappeared following the events of which we still do not know the exact nature : terrible flood or drought, war …

After the disappearance of the civilization of Tiahuanaco, a set of small kingdoms developed on the Altiplano. One of the largest communities was that of the Collas, ancestors of the Aymaras. This civilization, less developed than that of Tiahuanaco, used to place their dead in buildings of three or four meters high, the chullpas built of adobe or stone and whose doors were always oriented to the east, to a snow-covered peak. Inside, the dead were placed in the fetal position and covered with straw, which symbolized the placenta, and prepared them for rebirth into a new world. Near them were placed clothing, jewelery and other personal belongings … which later attracted the attention of Spanish conquistadors!

The Chipaya civilization lived at the same time. She managed to keep the ancestral customs and language (Puquina) of Tiahuanaco away the Collas and migrating to the Coipasa Salar a particularly hostile region with frequent flooding and extreme summer drought and severe frosts in winter. To adapt to these climatic constraints, Chipaya built dikes to protect against flooding and pipeline systems in the Lauca River to rid the salt soil and irrigate crops. They cultivated quinoa, potatoes and barley and practiced sheep farming, pigs, llamas and alpacas. They attached great importance to religion, worshiped their ancestors and made offerings to the volcano Sajama and Lauca River so that they show their caring ways.

After the disappearance of the civilization of Tiahuanaco, there is chaos in the Andes. Quarrels between multiply Collas, Chipaya and other civilizations. The Sun, ruler of the world, decided to get out of Lake Titicaca two children Manco Capac and Mama Ocllo to bring the world to rights. It provides them with a gold cane to the capital they founded the new empire where it would sink into the ground. Children of the Sun moved north and settled in Cuzco. This city became the center of the Inca empire, empire in pre-Columbian America, which at its peak in the fifteenth century, stretched from north to south from the current Colombia to the current Chile, it covered over 4000 kilometers.
This empire where they spoke Quechua was a monarchy with a supreme being, Pachacamac, symbolized by the Sun, the Inca and his son, the earthly representative. The authority of the Inca was absolute and was based on the ruling caste of nobles and priests. In the different village communities of the empire, the work was done collectively as a ayllu. The people had to obey very precise rules: disobedience was punished with the death penalty. They worked tirelessly first land of the sun, and their lands and those of people in need in the community (widows or disabled) and finally the land of the Inca. The crops were evenly distributed: to the Inca so that he could feed the imperial family, the priests and places of worship, government officials and the military, and finally to the people. A highly organized system avoiding shortages and famine. The famous Inca roads which remain many vestiges today, allowed the Empire messengers, Chasquis to transmit information very quickly in different provinces.

This period corresponds to the conquest of the Inca empire by the Spanish since the capture of the great chief Atahualpa in 1532 until the end of the Inca resistance in 1574. In Europe, Charles V, at the head of a vast empire, sends a handful of adventurers to conquer the New World: Cortes in Mexico in 1519, Pizarro and Almagro in Peru a few years later. Shipments of these conquistadores entered the legend … The Spanish, though few, have annihilated empires with hundreds of thousands of men. In Peru, they have enjoyed a favorable combination of circumstances. By the time they arrived, the Inca people were waiting for the imminent return of the deceased founder god. They saw in conquistadores a harbinger of this return … The Spansh were much better armed than the Indians, firearms were better than the arrows and horses, animals unknown by incas scared them… In the end, the Incas lost their empire because of their credulity or their hesitations. When the Spansh invited the Inca ruler Atahualpa in the city of Cajamarca, the latter went there with several thousand unarmed men! The conquistadors captured Atahualpa and killed all his men. The Inca ruler then proposed to pay a ransom for his release. Gold has poured in from all over the empire, but Pizarro still executed the leader in 1533. He was then appointed the half-brother of Atahualpa, Manco Capac II, at the head of the empire. But fear of losing control of the situation, he did almost immediately prisoner. Manco Capac II escaped and organized an army to fight back. Despite their numerical superiority, the Incas were defeated. That was the end of the empire …

After the Spanish conquest

The Indians were the first to initiate the rebellion that will lead to wars of independence. The key man was the general of the army and statesman the Liberator Simon Bolivar Jose Antonio (1783-1830) who dreamed of uniting the countries of South America. Bolivar implements true liberation armies. He has under his orders General Antonio José de Sucre who won many victories against the Spanish, particularly that of Ayacucho, and releases Bolivia but also Ecuador and Peru.

Independence was signed. The country is now called Bolivia, in tribute to the Liberator.
Its capital bears the name of General Sucre.

There followed a long period of political instability, many coups and revolutions. This is the era of Caudillos marked by two periods :

A revolution broke out in the Acre region border with Brazil, and in 1903, Bolivia sells this region in Brazil when the Treaty of Petropolis.

Political instability is accentuated by the crisis of 1929. After the silver and tin, it’s black gold that becomes a source of conflict. Oil companies claim that the Chaco region, southeast of the country, contains large deposits, it becomes the object of desire.

Salamanca President commits the country in an armed conflict against the Paraguayan neighbor: the Chaco War. The balance sheet is very heavy with more than 60 000 people. Bolivia gives this region in Paraguay. The two sides finally discover that the Chaco is devoid of black gold! With all these conflicts, Bolivia has lost in less than a century, almost half of its territory.

Military Governments come and face the oligarchieminière systematically. During this period, the Nationalist Revolutionary Movement (MNR) is created (1941) and Bolivia is admitted to the United Nations (14 November 1945).

The NRM came to power despite opposition from the army. At its head, Victor Paz Estenssoro President leads major reforms: he nationalized the mining companies, redistributed land, proclaims education for all and introduces universal suffrage.

Coup of General Baricentos. It establishes a dictatorship that bans all political and trade union activities. In 1966, Ernesto “Che” Guevara creates the National Liberation Army of Bolivia to oppose this dictatorship supported by the United States. After being captured, Che executed on October 9, 1967. During this period, successive military coups.

The situation changes when the narco trafficker Luis Garcia Meza takes power against the will of the United States. Then set up a democratic process leading to the election of President Hernan Siles Zuarzo in 1982, after nearly 22 years of dictatorship!

The presidents succeed : Victor Paz Estenssoro returns to power (1985-1989), succeeded by Jaime Paz Zamora (1989-1993), and Gonzalo Sanchez de Lozada, a mining entrepreneur (1993-1997). All lead to an economic liberalization policy. They fight against inflation and trying to reduce the budget deficit by privatizing the airline, railways, electricity and telephone companies, the oil and gas industry …

The government takes both decisions that lead discontent of the Bolivian people:

President Sanchez de Lozada was forced to resign. Vice President Carlos Mesa successor but resigned on 6 October 2005. The protests, mostly Indian, strengthen. Among the many claims, one of the most important is the return to the nationalization of oil and gas reserves which is operated by the major US and European groups.

Evo Morales won the presidential elections with 53.7% of votes. This child of the people of the Altiplano, self-taught and atypical, is proudly claims “indigenous Aymara”. Leader of the powerful union of coca growers and the Movement for Socialism party president, “Evo”, as he is known by all Bolivians, overwhelmingly re-elected in 2009 and 2014. Despite criticism of his opponents and Part of his former electorate, it has a comfortable majority in both houses of parliament, but also among the people, who appreciate his efforts for the development of Bolivia and its struggle for the poor. Evo Morales has participated since the 2000s to the “return of the American Indian” in the Latin American scene, and – alongside the Presidents Chavez and Maduro (Venezuela), Correa (Ecuador) and Humala (Peru) – to the Construction in South America for a political alternative anti-capitalist, opposed to US interests. Two of his iconic workhorses are the “Living Well”, a philosophy of happiness by the simplicity and the relationship with nature, and the right of chewing coca leaves, traditional practice in Bolivia he defended up until the rostrum of the UN. 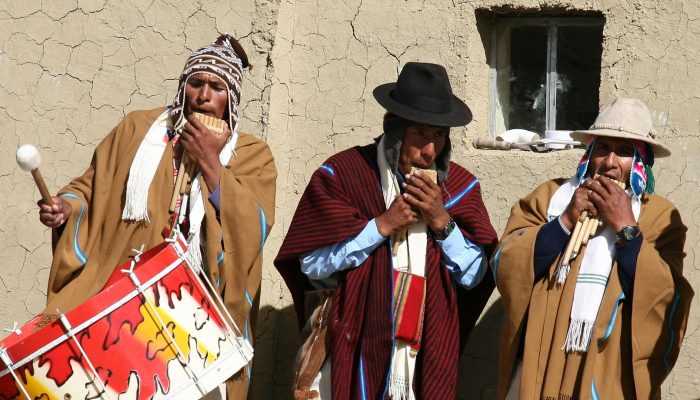 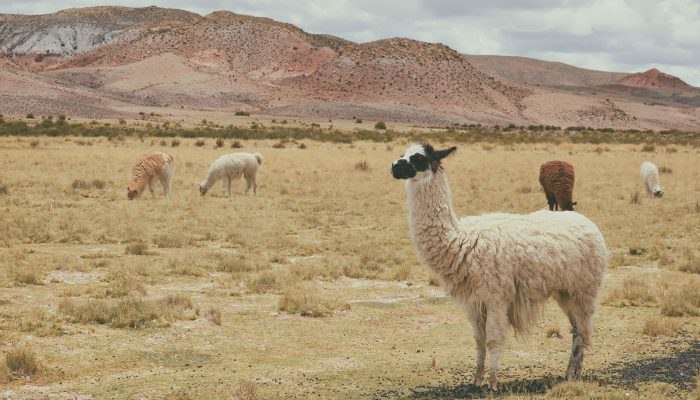 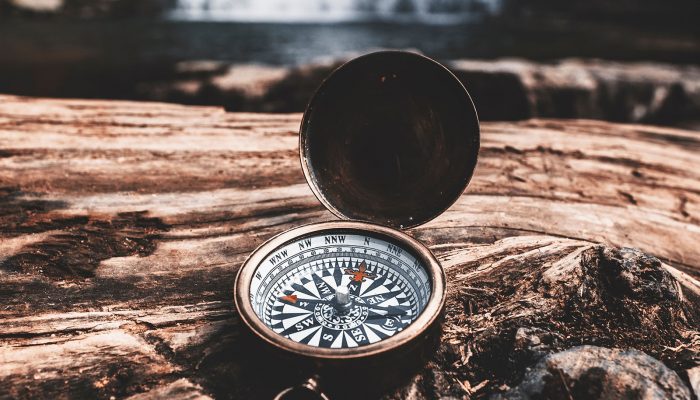 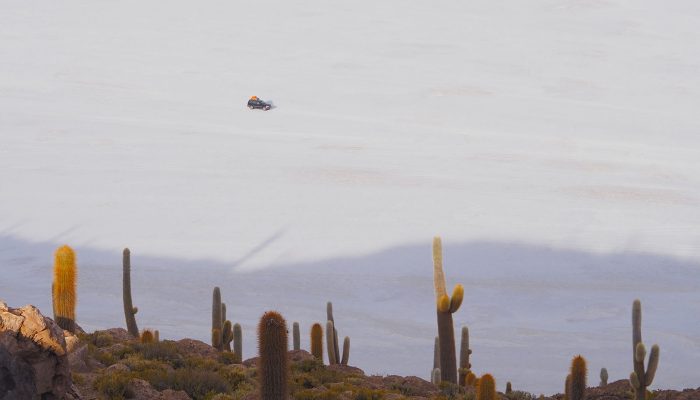