The Uturuncu volcano is located further east than its volcanic neighbors which are the Iruputuncu, the Alto Toroni and Ollagüe volcanoes . It is located further north of the famous Licancabur and can be reached from the small village of Quetena Chico. It is also the highest volcano of south of Bolivia.

The Uturuncu which rises at 6008 meters allow “outsiders” to try their first 6000 … 4×4 vehicle can frop you up to 5,700 m by the vehicle track, but it will still remain an effort to provide on a large pierrier, not to be overlooked when one is approaching 6,000!

The asencion Uturuncu the volcano is probably the easiest “6000” in the world!

But beware, depending of the years, the vehicle track is not practicable until 5,700 m as it can be damaged during the rainy season. So, don’t underestimate the effort you’ll have to produce to reach the top, and train before you go for the ascent of Uturuncu.

Go over the limit of 6000 m, and enter a very exclusive club

Nowadays, very few people can pretend to have climbed a peak above 6000 m. It’s actually simple: only three mountain ranges have summits with such a high: Himalaya, Alaska range, and the Andes. Uturuncu volcano, topping exactly at 6008 m, is much higher than other mythic mountains like Mont Blanc, Kilimandjaro or mount Elbrouz in Caucase range. The challenge represented by the altitude of 6000 m is by itself a good reason to ascend the Uturuncu.

But the surrounding landscapes, such as the Laguna Verde (Green Lake) or the legendary Salar of Uyuni make Uturuncu Volcano a first class touristic destination for those who like quirky landscapes. Another attractive and impressive point of this ascent is the activity of the volcano: regular seismic activity or fumaroles going out from the earth, with all the adrenaline that you may feel… Enjoy the ascent and be careful. 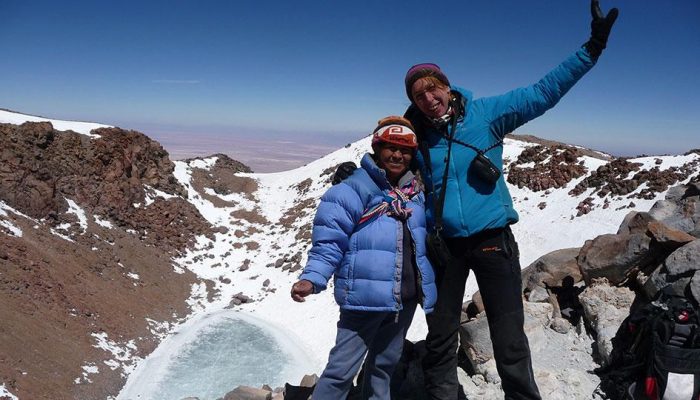 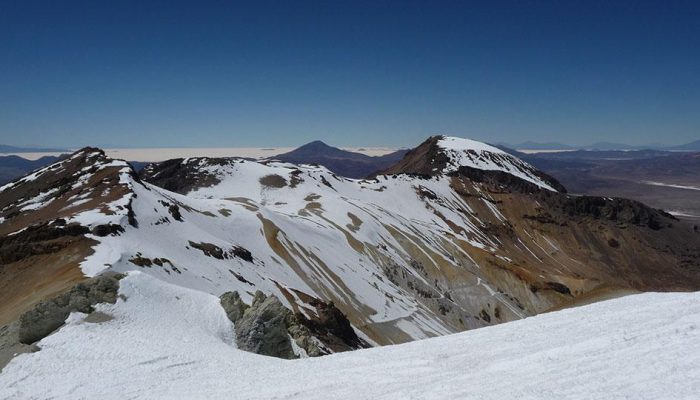 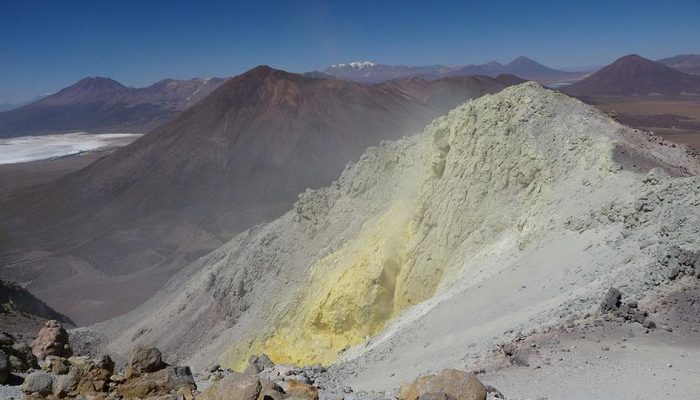